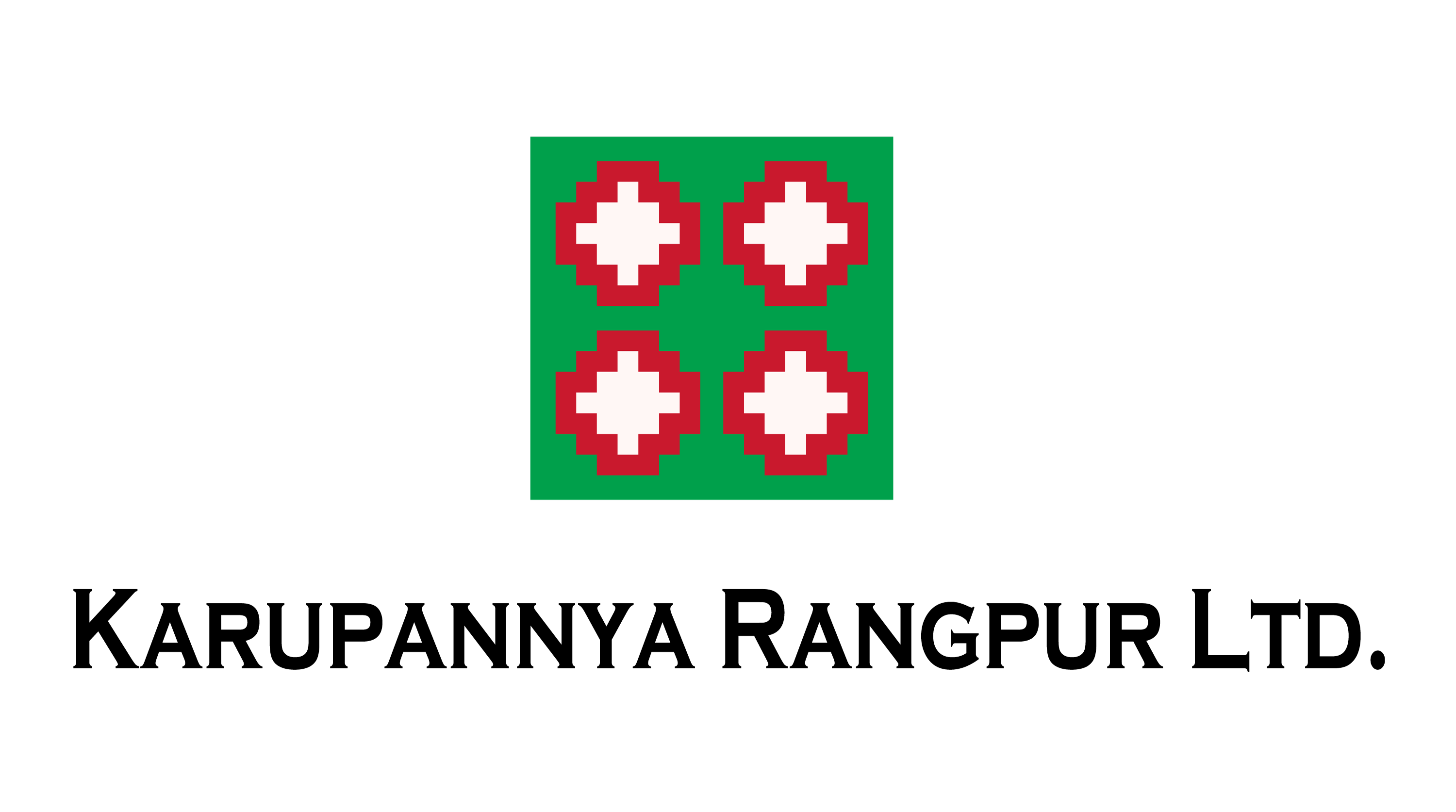 Karupannya was born in 1991 in Rangpur with the mindset of rebirth of the thousand-year-old Satranji artistry of Bengal. It was not an easy task though.

Karupannya started off by running a primary root level survey only to find that the entire artisan of the locality that once thrived on this hereditary craftsmanship had already been almost obliterated for many a century. In its dire hunt, Karupannya managed to pick out five craftsmen only, who had at least some experience in weaving the traditional rug.

The story goes back much earlier. During the colonial British-India, Mr. Nishbet, the then Collector in Rangpur, at one time took an initiative to foster the traditional artistic practice of these people and eventually set up a fresh village, later known as Nishbetganj, for the artisans of Satranji.

Sadly enough, this revival phase of the Satranji legacy could not last for long and eventually succumbed in the face of an aggressive emergence of artificial carpets churning out from the 18th and 19th century industries of Britain and many other countries.

Shafiqul Alam Selim, the think tank and power bank behind this brilliant entrepreneur orchestra, always knew, Satranji, crafted from this part of the world had once been celebrated among the Greek, the Chinese and the European royalties since the dawn of civilization. And it has all the potential to accomplish the same sensation once again, simply, if it was given a fair chance.

The revival phase of Satranji after hundreds of years of hibernation actually began right after the Glorious Independence of Bangladesh. The government launched a project in the northern region to rehabilitate people affected by the war. Under the project, people were trained in rug making so they would be able to make a living from it. But the initiative could not make much progress.

Years later, state-run Bangladesh Small and Cottage Industries Corporation (BSCIC), took over the fading project in the early 1980s. But for many reasons, this scheme also failed to meet any noteworthy success. In a precarious situation, the weavers began to look for alternative sources of income. It was this very crucial hour when Selim stepped in. He took over the project from BSCIC in 1991, and launched Karupannya as a handicraft manufacturing and retail business. His heart and mind were all set on a singular goal, the lost glory of Satranji must be brought back. 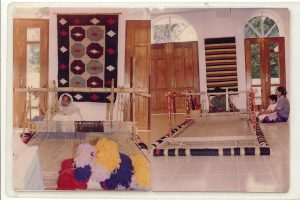 The goal was to revive this Satranji-industry again by any means necessary. And to do that, it was crucial to create a market in country. Selim did not sit idle. His wife Shila along with his brothers, Lenin and Shamim, and a few friends stood beside him as brothers-in-arms.

And so, the story began to take a very interesting turn. The buyers became fascinated about his Satranji. This time, Selim took Satranji out of Rangpur.

Selim, himself always being a passionate artist, had an innate knack for craftsmanship and that helped him achieve success in the business. Earlier, he used to craft portraits of people out of straws and sell them to people in the mid-1980s when he was a university student. Now with the Satranji mission being wholeheartedly undertaken, he organized a few experienced people with the knowledge of weaving rugs and supplied them with raw materials and a few designs.

When the carpets got ready, he carried them off to different trade fairs in different corners of the country. He initiated Satranji exhibition in Dhaka, Chattogram, Khulna, Jessore and many other places.

In 2002, the Karupannya outlet was launched in Dhaka.

The same year, he decided to try his luck in foreign markets and took part in DOMOTEX, world’s largest carpet expo held in Germany. And, that was the turning moment for Karupannya as well as its Satranji.

Karupannya Satranjis are made in handlooms crafted in local technology using all organic ingredients. The international audience was delighted and took great interest in this indigenous artistic beauty of Bengal coming with spectrums of designs, and Selim was able to bag an order from Japan that earned him 20 thousand foreign dollars. Thus, the voyage set off and Karupannya did not have to look back again since then.

Bangladesh really was never been in rug business in foreign markets until Karupannya set foot in Europe.

Karupannya, a Member of BGMEA family, currently has over 7,000 workers and employees working in its five factories at Lahirir Hat, Podaganj, Pirgachha and Rabertsonganj in Rangpur, and Ulipur in Kurigram producing 60 varieties of rugs, out of recycled waste of garment and textile, jute, yarn, rope and short fiber, which are being exported to 55 countries across Europe, the US and Asia earning over 40 million dollars.

Raw material used for making Satranji comprises natural and recyclable elements. The threads come from three thousand tons of cotton waste a year discharged by the cotton mills. To plus it, one thousand two hundred tons of waste textiles from the garments factories as well as 10 thousand tons of jute fibers also go into the making of these original carpets.

Karupannya commits to saving nature by keeping away from polluting it and prefers making products out of recyclable produce.

Earning the National Export Trophy has become a regular feature for Karupannya as it is leading the sector by exporting 80 percent of the total handicrafts that move out of the Bangladesh.

The once poverty-stricken region has economically benefited to a great extent by the onset of Karupannya.

The women have been empowered as 90 percent of the working staff are women. They commute to work on foot or on their own bicycles. For their children, there are enough facilities including a day-care center.

What more, by setting an example of entrepreneur success, Karupannya has already inspired 30 more likely endeavors in and around Rangpur as well as at different corners in country.

Karupannya started dreaming about Satranji three decades ago. It struggled a lot. But sweeter is its prize, the upheld prestige and value of Bangladeshi Satranji in the international market, the crop of the collective strength and creative passion.

Karupannya Rangpur, a global brand, is a Bangladeshi hand-made rug enterprise exactly in that vigor and spirit that is constituted of the community, by the community and for the community. 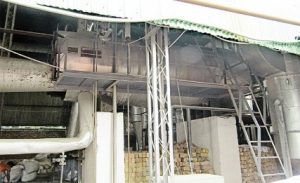 We are using boiler of 7.5 tons capacity. The Boiler consumes biomass 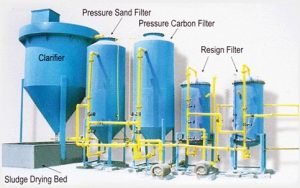 Installatin of Zero Liquid Discharzed (ZLD) plant. Our aim is to reuse 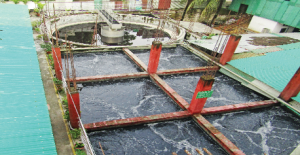 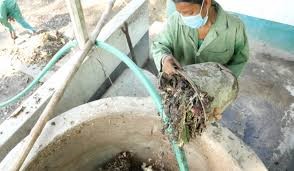 We installed a biogas plant. Here we use our organic wastes to

Karupannya Rangpur, a global brand, is a Bangladeshi hand-made rug enterprise exactly in that vigor and spirit that is constituted of the community, by the community and for the community